FacebookTwitterPinterestLinkedIn
Already, the probe into the North Carolina Republican has tested novel legal issues as investigators seek to examine his communications with friends and family members around the time of closed-door lawmaker briefings and subsequent stock transactions, according to multiple US officials briefed on the matter.
The FBI recently seized Burr’s Senate-issued cell phone but investigators faced a thicket of restrictions before even examining the phone because of the Constitution’s Speech or Debate clause.
The Constitution creates a shield for lawmakers that makes many legislative activities and information connected to their position off-limits for investigators. Even accessing evidence about a potential crime related to a lawmaker’s legislative work is complicated. 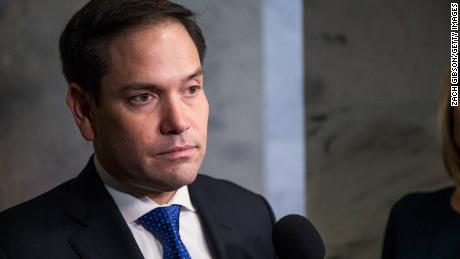 Marco Rubio named acting Intelligence chairman after Burr steps down amid investigation
While stock market transactions by multiple lawmakers have been scrutinized by Justice Department and Securities and Exchange Commission investigators, Burr’s case appears to have become the central focus of investigators. That’s in part because of additional evidence gathered beyond the trades that first made news headlines, the sources said.
Read More
One indicator of the intensified interest in Burr is the seizure of his cell phone, which he used to conduct work and personal activities, and the look at his communications. Burr’s brother-in-law also dumped stock the same day as the senator, according to filings with the Office of Government Ethics.
Burr, who was chairman of Senate Intelligence Committee, sold as much as $1.7 million in stocks in February, according to Senate records. The sales came after he received closed-door briefings about the coronavirus and before the markets tanked as the seriousness of the global outbreak became clear.
Burr has temporarily relinquished his chairmanship but has said he didn’t do anything wrong in his stock transactions. He has said they were based on publicly available information, not his classified briefings, and that he didn’t coordinate his sales with his brother-in-law.
Alice Fisher, Burr’s attorney, said, “He has also been actively cooperating with the government’s inquiry, as he said he would. From the outset, Senator Burr has been focused on an appropriate and thorough review of the facts in this matter, which will establish that his actions were appropriate.”

Use of STOCK Act

For prosecutors, the Burr investigation presents additional potential hurdles because no one has been prosecuted under the 2012 STOCK Act.
Prosecutors in the District of Columbia US Attorney’s Office and the Justice Department Criminal Division’s public integrity section are examining how the law assigns fiduciary responsibility to keep information secret to lawmakers as a result of their legislative work.
One of the hurdles prosecutors face in insider trading cases is showing that someone had a duty to keep information secret, typically because they are paid by a company. The STOCK Act says lawmakers have a duty that’s “derived” from their position in the government but it has never been tested.
Another issue: can prosecutors determine if Burr’s decision to sell stocks came as a result of classified or private government briefings, and not from publicly available information? 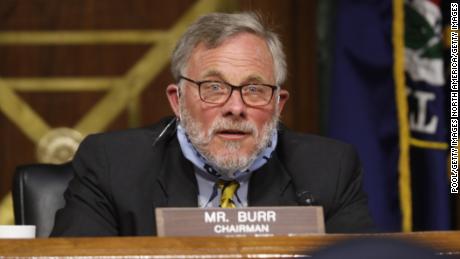 How much trouble is Sen. Richard Burr actually in?
Past investigations of lawmaker present some of the pitfalls for investigators.
Fisher, Burr’s attorney, ran the Justice Department’s criminal division in 2006 when the FBI raided the House office of then Louisiana Rep. William Jefferson as part of a public corruption investigation. The case became a flashpoint between the Justice Department and House lawmakers who set aside partisan divide and united in criticism of prosecutors for violating the Speech or Debate protections of lawmakers under the Constitution.
The unprecedented raid led to a legal battle and an appeals court decision that affirmed lawmakers’ Speech or Debate rights are absolute, meaning prosecutors could face challenges to even review some evidence gathered if it involves the senator’s legislative work.
The Jefferson case has already guided some of the steps prosecutors are taking in the case. For instance, the FBI served its subpoena for the Burr phone to Fisher, on his behalf. Agents then went to Burr’s home to pick up the device.

Justice Department officials notified the Senate Legal Counsel’s office about the search warrant for Burr’s Senate phone after it was served, according to sources briefed on the matter, a recognition of the potential thorny legal issues the department faces in searching the contents of the phone.
Though Burr surrendered the phone to the FBI last week, investigators have strict conditions in place limiting what information they can pull from it, and who can handle it, according to one of the people briefed on the matter. In similar cases, the Justice Department has stipulated in warrants careful review processes, including restricted search terms and the use of so-called filter teams comprised of investigators unrelated to the case when handling the material.
Once the Justice Department decides they needed access to something like Burr’s phone, “the next question then becomes, ‘Okay fine, let’s assume for argument’s sake that it implicates the Speech or Debate clause. How do we surgically dissect it?'” said Jeff Tsai, a former federal prosecutor who worked on public corruption cases. “What Senator Burr is thinking about right now if not already doing is, ‘Let’s get that stuff back.'”
It’s not entirely clear how Justice prosecutors are handling evidence in the Burr case, but if the Jefferson case is any indication, prosecutors know they’ve got major limitations ahead.
In that case, a team of 15 agents not involved in the ongoing bribery investigation were permitted by a court-authorized search warrant to seize records and documents related to 30 entities and individuals.
After inspecting every document in the office and carting away two boxes of paper files and a copy of every computer hard drive, the material was to be reviewed by a filter team of Justice Department lawyers separate from the case for potential Speech or Debate implications.
Even with all those precautions, Jefferson persuaded the courts to add additional protections.
Jefferson asked a federal judge to force the return of the seized material, arguing that the search violated his Speech or Debate privileges because he was not able to remove protected information before the FBI took it away. The appeals court in Washington, DC, eventually sided with Jefferson and allowed his lawyers to separate out the non-privileged material that the Justice Department could review. Jefferson was later sentenced to 13 years in prison on his bribery conviction.
Bob Trout, who represented Jefferson, said he was struck by the similarities between the two cases, though noted that the seizure of Burr’s phone had not produced similar blowback from members of Congress.
“When I heard about the search warrant for Senator Burr’s cell phone, my first thought was ‘speech or debate clause,'” Trout said. “In the case of the FBI’s Saturday night raid on Congressman Jefferson’s office in the Rayburn House Office Building, that had the look and feel of an invasion of Congressional sacred space. And on a bipartisan basis, Congress raised holy hell. Showing up at a Senator’s personal residence and politely taking possession of a cell phone? Not the same vibe.”