FacebookTwitterPinterestLinkedIn
The letter from Eric Dreiband, assistant attorney general for the Justice Department’s Civil Rights Division, came in response to comments from Los Angeles Mayor Eric Garcetti, who had asserted in a “Good Morning America” interview last week that the city will “never be completely open until we have a cure” for the coronavirus, which has claimed more than 3,600 lives in California.
“I think we have to all recognize that we’re not moving beyond Covid-19, we’re learning to live with it,” Garcetti said. 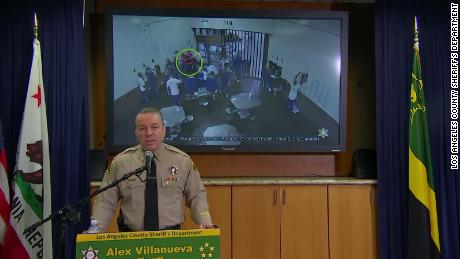 Inmates at one California jail tried to infect themselves with coronavirus, Los Angeles Sheriff says
Dreiband also noted recent remarks by Los Angeles County Public Health Director Barbara Ferrer, who said last week that “with all certainty” a form of stay-home restrictions will remain in place for the county’s 10 million residents “for the next three months.” Ferrer later clarified her remarks, saying that “while the Safer at Home orders will remain in place over the next few months, restrictions will be gradually relaxed.”
Dreiband warned in his letter to Garcetti and Ferrer that the continued restrictions may be “arbitrary and unlawful.”
Read More
“Reports of your recent public statements indicate that you suggested the possibility of long-term lockdown of the residents in the City and County of Los Angeles, regardless of the legal justification for such restrictions. Any such approach may be both arbitrary and unlawful,” he said.
Garcetti responded to the letter during a press briefing Friday evening.
“Look, we are not guided by politics in this, we are guided by science. We are guided by collaboration,” he said. “So talking to industry and talking to business owners and talking to employees and labor groups together with science, the numbers will always guide us forward; there is nothing else. There’s no games, there’s nothing else going on.”
CNN has reached out to Ferrer’s office for comment.
Earlier this month, California began reopening, allowing some retail shops, manufacturers and logistics businesses to return on May 8. At least 43 of the state’s 58 counties have been permitted to open even further, allowing additional retail shopping and dining in restaurants. Los Angeles, however, where more than 2,000 deaths linked to the coronavirus have been recorded, has moved more slowly.
Garcetti had told CNN last week that residents shouldn’t overreact to Ferrer’s announcement that the stay-at-home order will stay in place for months.
“When our county health officer Dr. Ferrer merely said that an order would stay in place for at least three more months, that doesn’t mean the order stays in place exactly as it is today,” he told Anderson Cooper. The extension of the stay-at-home order is “just a reminder of how delicate and fragile this time is, but do not freak out when you hear a scientist say that it’s still going to be here and we’re still going to be living under health orders.”
Garcetti — and Ferrer — have said restrictions on stores and public places will gradually be eased as health data shows it is possible. They also want treatment for coronavirus and testing to become more readily available. The mayor said that some vulnerable population groups may have to continue staying at home.
Dreiband warned in his letter Friday that while local officials can impose restrictions on citizens to protect their safety during emergencies, “the Constitution and federal statutory law prohibit arbitrary, unreasonable actions.”
“Simply put, there is no pandemic exception to the U.S. Constitution and its Bill of Rights,” he said.
Garcetti isn’t the only California official to be contacted by the Department of Justice’s Civil Rights Division this week. Dreiband also sent Gov. Gavin Newsom a letter warning him that the state’s plan to reopen amid the pandemic discriminated against houses of worship.
In the letter on Tuesday, Dreiband asserted that the reopening plan, which allows for a return to restaurants and shopping malls ahead of religious services, contained “pronounced unequal treatment of faith communities” that could run afoul of the First Amendment.
“The Department of Justice does not seek to dictate how States such as California determine what degree of activity and personal interaction should be allowed to protect the safety of their citizens,” Dreiband wrote. “However, we are charged with upholding the Constitution and federal statutory protections for civil rights.”
“Whichever level of restrictions you adopt, these civil rights protections mandate equal treatment of persons and activities of a secular and religious nature,” he added.
President Donald Trump announced Friday that his administration is issuing guidance deeming places of worship “essential” during the coronavirus pandemic, calling on governors to reopen religious institutions for services.
Trump threatened to “override” governors if their states did not follow the new federal recommendations, but it was unclear what authority the President was referring to. The recommendations are voluntary.
This story has been updated with comments from Garcetti.